So this is pretty cool. 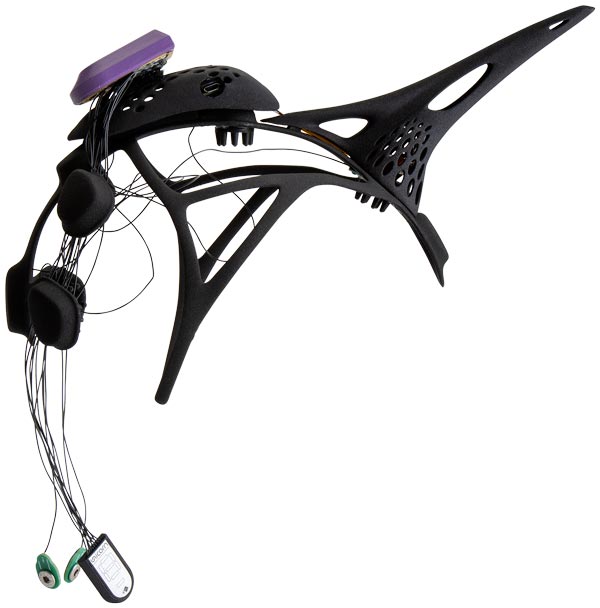 Annouk Wipprecht is a fashion designer / engineer who creates wearable devices like the one above. That one in particular is interesting to me, as it focuses on helping identify moments when kids with ADHD “engage”. From a writeup on “Agent Unicorn”:

I decided to focus on what is known as the P300 event-related brain potential signal. P300 is a frequent focus of clinical exams and BCI research. It is a voltage pulse, often thought to be connected to attention and decision making, that occurs a few hundred milliseconds after an external stimulus. The P300 signal is often measured when diagnosing children with ADHD because the signal takes longer to manifest and isn’t as strong as it is in children without ADHD.

ADHD is commonly treated with stimulants such as Adderall that can boost concentration and focus while reducing hyperactive and impulsive behaviors. But while medication might help soothe symptoms, it doesn’t help in understanding why a child with ADHD is more prone to react to certain stimuli, or how their symptoms might be treated in a way that reduces reliance on drugs.

My goal was to create a device that would provide the data needed for such insights by monitoring both the brains of children and their environments. The result was Agent Unicorn—a headpiece with a projecting horn. The horn contains an 8-megapixel camera that records video during states of heightened P300 activity, as detected by an EEG built into the headpiece itself. The headpiece has a shape that automatically positions the electrodes at the correct locations on the skull.

Here’s what it looks like when it’s going on a child: 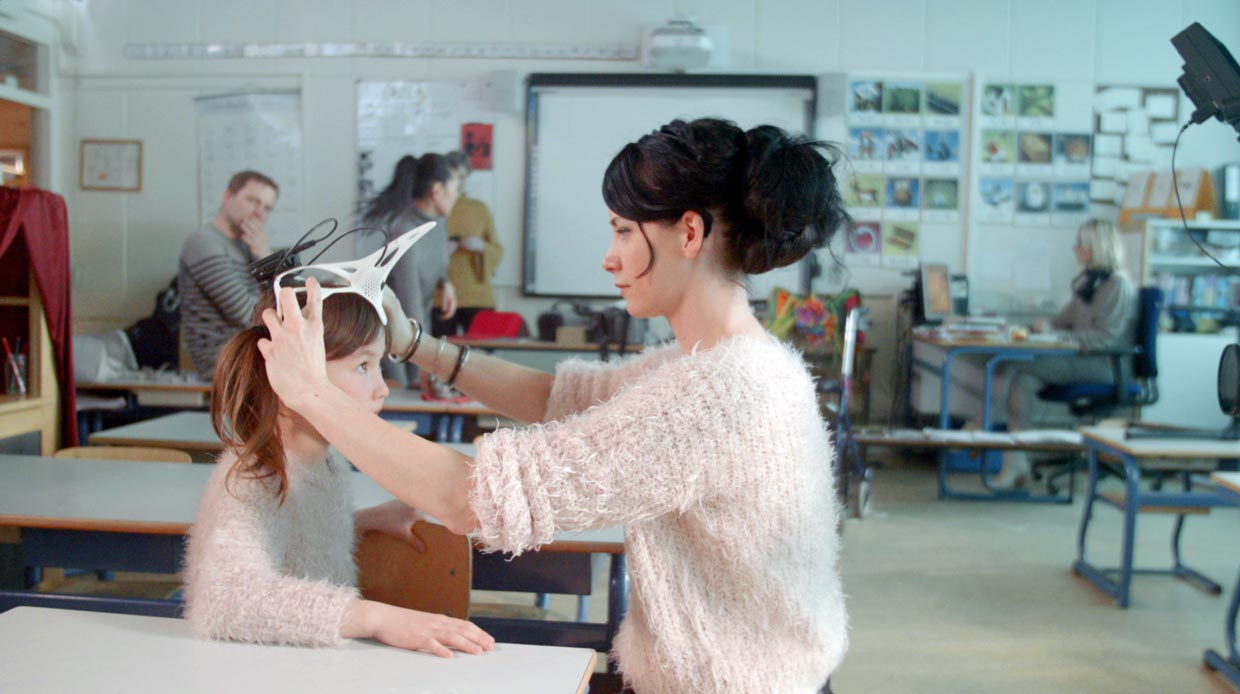 Annouk Wipprecht has some more cool photos of her work in a gallery on her site.