You do this, right?

When you’re waiting at a subway station, you think: “Where’s the escalator going to be at my arrival station?” And then you move to that spot in your departure station, so you have less distance to walk when you get to where you’re going. Right?

I fly out of SFO about five or six times a year. Frequent enough that I should know where the elevators and stairs are, but not so frequent that I’ve actually bothered to note where everything is. Coupled with the fact that there’s both the BART and the AirTrain to work with, and that I’m usually a little stressed about security / catching my flight / the work I haven’t finished / etc., it’s a little more complicated. I wanted to fix that, so here are my notes from the last time I flew out. Maybe they’ll help you, too, but these are mostly here for me. 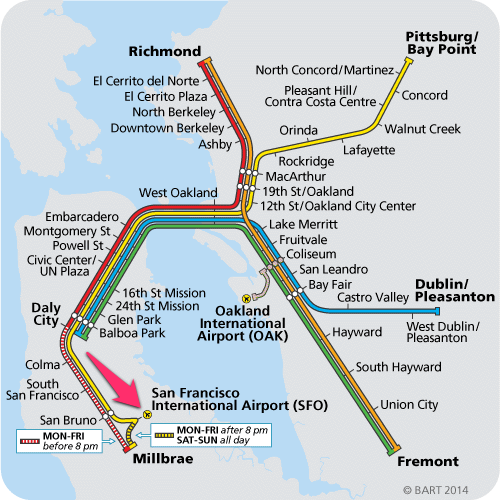